Ethereum Blockchain: The Good, the Bad, and the Metaverse

The Ethereum blockchain and the cryptocurrency associated with it, Ether, have proven over the past few years to be major forces in their respective categories. But where did they come from? What are their strengths and weaknesses? How can they be used in relation to VR? Let’s look at Ethereum and its blockchain, how it works, what its future might hold, and how it compares to some of the other competing platforms out there for your online metaverse experience needs.

The pros of Ethereum blockchain are that it has a Turing-complete language meaning it can calculate anything which can reduce the time for execution. Another pro is that it has no transaction fees. Transactions on the Ethereum blockchain are free to execute and validate. Lastly, there is a substantial amount of ERC20 tokens built on top of this platform which boosts its utility.

A lot of times Ethereum is used for more than just making a transfer of value. Platforms such as ICOs require you to use ETH for participation in an offering. This means that you have less room to decide what form of currency you would like to put into your business.

A smart contract is essentially a computer protocol intended to digitally facilitate, verify, or enforce the negotiation or performance of a contract. Essentially, it’s a piece of code that automatically executes obligations between parties. When a predetermined condition (an event) occurs, an intelligent contract executes those obligations like self-executing code. For example, two parties use their computers to send coded contracts for transaction on digital currencies that are based on parameters like price.

In addition to Ether being a digital currency that people can buy and sell on exchanges like any other digital currency, it can also be used to build decentralized applications or DApps on the Ethereum blockchain. A DApp is essentially an application that operates from a shared database in such a way that no single person has unilateral power over data within it.

The Ethereum blockchain is a decentralized autonomous organization which is a type of DAO. DAOs are specifically designed to be governed without any human involvement or supervision. All functions within the blockchain are executed in accordance with the pre-established set of business rules such as programmable transaction logic. In a sense, DAOs are just like advanced blockchains but instead of just creating blocks they execute programmed instructions. 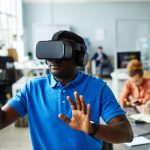 Spatial: The Platform for Augmented and Virtual Reality Collaboration

Currency of the Future: All About Crypto 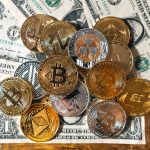