How Roblox is Taking Over the Metaverse

Roblox may not be the first name that comes to mind when you think of virtual reality (VR), but it’s still making huge strides in the development of the metaverse platform. With an audience of over 30 million active players, Roblox has positioned itself as one of the leading innovators in the realm of 3D and VR technology, especially among kids and teenagers. Here’s how they’re taking over the metaverse…

Roblox is a platform that allows users to create and share their own 3D games and experiences. It’s been around for over a decade, but in recent years has seen a surge in popularity. And it’s not just for kids – adults are getting in on the fun, too. The game encourages players to make everything from MMOs (massively multiplayer online games) to farming simulators. The sky’s the limit! As of November 2017, there were 18 million unique monthly players with 2.3 billion hours played every month across 459 million user-created games. Games on Roblox span different genres including action-adventure, building simulations, survival horror, social networking worlds for tweens, and more. There are even apps available for iOS and Android devices so you can play any time or anywhere!

What is happening with the Platform Now

Roblox is a platform that allows users to create and share their own 3D games and experiences. It has been around since 2006 and has recently begun to gain mainstream attention. The platform has seen a surge in popularity due to the coronavirus pandemic, as people are looking for ways to entertain themselves while stuck at home. In addition, Roblox has been making moves to expand its reach into the world of esports. The platform recently partnered with Twitch to bring live-streamed tournaments to its users. With all of these developments, it seems clear that Roblox is positioning itself to be a major player in the metaverse. Whether or not they will be able to maintain this growth is unclear, but one thing is certain: if you want to make the most out of your downtime during this epidemic, then download Roblox today!

Are You Ready for the Future of Virtual Reality Gaming?

In 2006, this little-known game development platform called Roblox was launched. It allowed anyone with an internet connection to create and share their own 3D games. Today, Roblox has over 150 million active monthly users and is valued at $2.5 billion. The company has been profitable for the past three years and is backed by top-tier investors like Andreessen Horowitz, Altos Ventures, and Index Ventures. It’s safe to say that the future of virtual reality gaming is in good hands. Whether you want to explore massive multiplayer worlds or go on crazy adventures with your friends, Roblox can give you just about anything you could ask for.

Though it’s a gaming platform first and foremost, Roblox has been making moves to position itself as a powerful player in the metaverse space. And it’s no wonder why – with over 150 million active monthly users, the company has a lot of potential to grow. The company makes money by selling a premium currency called Robux that can be used for in-game purchases or saved up to buy power-ups, clothing items, and other virtual goods.

Since its inception in 2004, Roblox has grown into one of the largest gaming platforms for kids aged 8-18. The focus on user safety means parents need not worry about their children coming across inappropriate content when they play online games on the site. It also fosters creativity through its Create mode where players can build worlds from scratch using programming code or scripts.

Opportunities in VR Through Roblox

While Roblox has been around for over a decade, it has only recently started to gain mainstream attention. Despite being a latecomer to the VR scene, Roblox has managed to amass a large and passionate userbase. And with the recent release of Oculus Quest, more people than ever before are able to experience VR. Given that most users in this new market will have little or no prior knowledge about VR, having an intuitive platform is key. Roblox offers one of the best introductions to virtual reality with immersive experiences for players as young as eight years old. The game also does not require any additional hardware beyond what comes in the box.

How to get involved in the Roblox Metaverse

Getting involved in the Roblox metaverse is easy and there are many ways to do it. The first way is to create a game. You can use Roblox Studio to create a game from scratch or you can use one of the many templates available. Once you have created your game, you can publish it to the Roblox website for others to play. You can also create an avatar and explore the many games and worlds that exist within Roblox. There are also opportunities to socialize with other users and make new friends. Finally, you can monetize your games and avatars by selling in-game items or creating premium content that requires a subscription.

Can you make an income on Roblox?

Yes! You can make an income on Roblox by developing and selling games, or by creating and selling digital assets like models, decals, and animations. You can also earn money from advertising and from premium memberships. There are many ways to make money on Roblox, and more ways are being added all the time. So if you’re looking to make some extra cash, or even a full-time income, then Roblox is a great platform to explore. It’s not just for kids, as people of all ages play on Roblox. But don’t take my word for it: go sign up now and see for yourself! 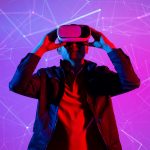 A Beginner's Guide to the Metaverse Platform Illuvium 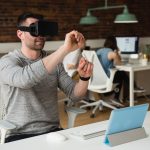