Roblox is a Roblox Corporation-developed online game platform and game development system that allows users to design games and play games produced by other players. The platform, built by David Baszucki and Erik Cassel in 2004 and published in 2006, supports user-generated games of many genres coded in the Lua programming language.

Roblox is a free-to-play (F2P) online gaming platform that allows users to create gaming content and immerse themselves in other virtual worlds. The platform, which was first published for PC in 2006, is now also available for mobile devices and Xbox One and attracts millions of gamers every day from around the world.

Roblox’s proprietary engine, Roblox Studio, allows users to design their games, which other Roblox users can then play. Games are created using an object-oriented programming system that uses a dialect of the computer language Lua to manage the game’s environment.

Users can create downloadable content through one-time purchases (known as “game passes”) and microtransactions (known as “developer products” or “products”) that can be purchased several times. Minors create the bulk of games made with Roblox Studio, with almost 20 million games created each year.

Roblox is a free game with in-game purchases accessible in the form of Robux, a virtual currency. It is the ultimate virtual environment where you can create, share your experiences with friends, and be anybody or whatever you choose. It’s a global platform that uses games to bring people together.

How Do Roblox Creators or Developers Get Paid?

Roblox gives over 28 cents per dollar spent on average to creators and developers. When you’re building in Roblox, keep these things in mind:

You only have to pay after you’ve made money on Roblox. You may have to pay for storage, hosting, and infrastructure on other platforms before earning any money (or even start building). Developers on Roblox face minimal risk because they are only taxed once they monetize, as evidenced by the developer share numbers in the Cash Payout Structure. After all, costs associated with creating, storing, testing, and maintaining an experience have been paid, it leaves expected take-home pay.

Growing an experience on Roblox is much less expensive than doing so off-platform. Also, there are no substantial costs associated with acquiring new users. Organic channels, network impact, and cost-effective on-platform ads are available to developers.

Uplift Games’ Adopt Me! is a massively multiplayer online game developed for the Roblox gaming and game development platform. The game’s original focus was a roleplaying game in which players claimed to be either a parent adopting a child or a child being adopted. Still, as the game evolved, the focus switched to adopting and caring for various virtual pets that can be traded with other players.

Adopt Me! is a Roblox game where players can adopt different types of pets to raise and care for. Players can pick whether they want to be a child or an adult, and they can also hatch pets from eggs or trade them with other players.

These virtual pets can be shared, uncommon, rare, ultra-rare, or legendary, and they can be grown through many phases before becoming neon pets.

According to Statista, Adopt Me! has been played over 27 billion times. It has nearly 5 million likes, 28 billion visits, and 24 million favorites as of May 2022. The game’s designers employ around 40 people and earn around $50 million each year, largely from microtransactions.

PyxlDev and ObrenTune of YXCeptional Studios produced Tower of Hell, a round-based hobby game. The game’s purpose is to climb to the summit of a randomly generated tower that resets every eight minutes. The timing is sped up when a player completes a tower before the timer refreshes.

The game is based on ObrenTune’s previous game Kiddie’s Towers of Hell, which was later renamed Obren’s Inferno: Reborn

It was an obby game similar to Tower of Hell in which players must complete numerous distinct towers with no checkpoints.

Because of the connotation of hell as a swear word, the game is sometimes referred to as Tower of Hecc by younger players and kid-friendly YouTubers. Other players, however, consider the game to be less vulgar.

According to Statistia, it has over 3 million likes, 17 billion visits, and 9 million favorites as of May 2022.

Brookhaven RP, also known as Brookhaven, is an online roleplaying game where participants can interact with one another. The game was recognized as a notable example of the roleplaying genre, including other well-known Roblox games. At one point, the game had around 800,000 concurrent players.

Brookhaven is well-known for its straightforward gameplay. It has no in-game currency and additional items and features that can only be purchased with Robux. The player can choose from a range of dwellings and cars in Brookhaven. The majority of in-game products, residences, and vehicles are free and available to players when they join the game.

According to Statista, the game has over 2 million likes, 16 billion visits, and 13 million favorites as of May 2022.

MeepCity is a multiplayer online roleplaying game combining Club Penguin and Toontown Online-like features. Alex Bidello, the game’s designer, revealed in 2018 that he was making enough money from the game to support his mother and brother. MeepCity has customizable pets called “Meeps” in addition to its roleplaying quantities.

Bidello is known for his development methods, including playing the game on many accounts to see how new players react. MeepCity was the first Roblox game to reach 1 billion visits.

The game’s main objective is to serve as a social or roleplaying hangout. This means that purchasing products or participating in games is entirely voluntary. Coins are a type of currency. Coins can be used to personalize your home (such as the colors, construction, and furniture), purchase and customize a pet Meep, and purchase fishing rods.

According to Statista, the game has over 2 million likes, 13 billion visits, and 14 million favorites as of May 2022.

Piggy is an episodic horror game set in a zombie apocalypse that combines aspects of Peppa Pig with the indie horror game Granny. The game’s episodic storytelling structure resulted in a sizable fanbase forming before the game’s conclusion on May 25, 2020. A developer named MiniToon released Piggy to the site in January 2020, and it has since been played nearly 5 billion times.

You can choose from various 12 levels and game modes in Roblox Piggy, all of which revolve around fighting for your life against a family of homicidal pigs.

According to Statista, the game has over 2 million likes, 10 billion visits, and 10 million favorites as of May 2022.

Murder Mystery 2 is a game in which participants are given roles for each round at random. One player is chosen as a killer, and they must kill everyone to win. Another player is selected as a sheriff, and they must kill the murderer to win; the remaining players are chosen as innocents, and their purpose is to survive. Critics have commended the game’s level design.

There are 12 players in the horror game, one murderer, one sheriff, and ten innocents. Innocents cannot harm other players because they are defenseless and unarmed. Their purpose is to assist the sheriff in determining who the criminal is through witnessing murders. If a killed sheriff’s firearm is dropped, an unwitting bystander might pick it up and become the “hero” if they shoot the perpetrator.

According to Statista, the game has over 5 million likes, 8 billion visits, and 14 million favorites as of May 2022.

Callmehbob’s Royale High, previously known as Fairies and Mermaids Winx High School, is a massively multiplayer online roleplaying game. The game is situated in a mythical realm and follows students as they dress up as royalty and exotic creatures in a fantasy school. Royale High, which was launched in 2017, had over 3.5 billion cumulative visitors as of July 2020, with thousands of concurrent players regularly, making it one of the most popular games on the site.

Players are encouraged to dress up, roleplay, interact with other players, and accomplish numerous gameplay activities to level up and earn additional diamonds, which may be used to buy new things.

Statista says the game has over 2 million likes, 7 billion visits, and over 12 million favorites as of May 2022.

Coeptus’ Welcome to Bloxburg is a life-simulation and roleplaying Roblox experience. The experience includes a simulation of one virtual player’s daily activities in a home near a fictional city. The game’s design is inspired by Maxis and Electronic Arts’ The Sims game series, notably The Sims 3 and 4.

Welcome to Bloxburg was used as a demonstration tool to teach children about homebuilding at a summer program called the Junior Builder Camp.

According to Statista, the game has over 4 million likes, 5 billion visits, and 11 million favorites as of May 2022.

Jailbreak is a cops and robbers game played over 5 billion times in March 2022. It is one of the most popular games on the site, with tens of thousands of concurrent players every day. Jailbreak was designed and developed as a more fleshed-out version of an earlier Roblox game called Prison Life and was released in April 2017. During its first year of business, it generated over $1 million in revenue.

Jailbreak was featured in Roblox’s Ready Player One event, which commemorated the film’s debut.

Statista says the game has over 4 million likes, 5 billion visits, and over 17 million favorites as of May 2022.

Blox Fruits is a surprisingly sophisticated battle game that combines all of the aspects of Roblox that players enjoy — community, grinding, and exploration — into one game. It maintains a consistent player base of roughly 100,000 people for a reason. The game’s goal is to level up your character, whether you use a sword or a Blox Fruit.

According to Statista, the game has over a million likes, 5 billion visits, and 3 million favorites as of May 2022.

Here are the five highest-earning games on Roblox in the last thirty days.

Consuming a Blox Fruit provides you with many strange and fantastic properties, depending on the sort of fruit you eat and is inspired by Devil Fruit from the One Piece anime. The game has over a million likes, 5 billion visits, and over 3 million favourites.

Pet Simulator X is all about amassing a zoo of gorgeous creatures and taking them on adventures worldwide, collecting currency and adding to your collection. The game has over two million likes, 4 billion visits, and 4 million favourites.

The primary story mode of All-Star Tower Defence sends you on a journey to protect a series of well-known anime landmarks; as you pass each level, you receive rewards that allow you to upgrade your towers.

The game has over a million likes, 3 billion visits, and over 1 million favourites.

Work at a Pizza Place

Work at a Pizza Place is a cooperative game where players fulfil orders at a pizza parlour. The game has over 2 million likes, 3 billion visits, and over 11 million favourites.

Natural Disaster Survival has a solid resemblance to PlayerUnknown’s Battlegrounds. The game has over 2 million likes, 1.9 billion visits, and over 8 million favourites. Prepare to urgently huddle for dear life in any shelter you can find against the weather. 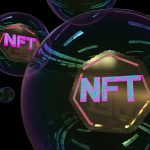 NFTs Explained: What They Are, How They Work, and Who's Buying Them 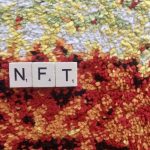