In March 2021, An Iranian-born crypto entrepreneur, Sina Estavi, paid $2.9 million for an NFT of Twitter founder Jack Dorsey’s first tweet. On April 6, 2022, Estavi listed the NFT on the OpenSea marketplace, expecting to raise $48 million and promising to give half of the earnings to charity. The highest offer the tweet has amassed is $6,823.54 as of April 14.

On the other hand, the Bored Ape Yacht Club, a collection of 10,000 NFTs of distinct apes that represent early NFT adopters, have continued to enjoy robust market participation.

NFT detractors seized on the former news as fresh proof that the NFT bubble is bursting. But what is the actual state of the NFT market? Was Dorsey’s tweet worth $2.9 million in the first place? What is the future of NFTs?

Skeptics of non-fungible tokens have warned that the excitement, if not bubble, surrounding NFTs is unsustainable. There is now increasing evidence that they may be correct.

Mike “Beeple” Winklemann famously sold a collage of his digital art at Christie’s auction house for $69.3 million in February 2021, igniting a historical development period in the NFT sector. According to statistics from Market Tracker, total global NFT sales averaged roughly 2,000 per day at the start of 2021. However, during the pinnacle of the market in August 2021, over 200,000 NFTs were sold every day, with the total value of transactions temporarily exceeding $400 million. Since then, the NFT market has cooled significantly.

According to nonfungible.com’s Market Tracker, the overall number of daily NFT sales has usually been within a 10,000-30,000 range, with occasional increase. Meanwhile, except for the rare rise beyond $100 million, the total amount of daily sales has typically stayed in the tens of millions of dollars.

Total NFT sales in March were valued at $2.435 billion, the lowest since July 2021, according to CryptoSlam statistics, while 661,748 persons acquired NTFs that same month, the lowest number since September 2021.

It’s almost impossible to not fear that NFTs are on the brink of a divergence. Divergence occurs when a commodity increases in price or enjoys a parabolic price increase before reversing. If the NFT market has peaked, it’s only natural for the market to correct such extreme price valuation caused by excessive demand.

The multimillion-dollar fraud that occurred a few days ago in the NFT video game metaverse, Axie Infinity, is perhaps one of the most visible symptoms of the NFT market’s impending collapse. For those unfamiliar, Axie Infinity is the most popular NFT–based play-to-earn video game.

The Axie breach remains the greatest heist in the history of Decentralized Finance. On March 23, the technology’s lack of security got exposed when the North Korean backed group, Lazarus, stole more than 620 million dollars in ether, the cryptocurrency on which the game is built, using a single computer.

With the Axie breach, one’s tokens, once worth hundreds of dollars, are now almost useless. The issue isn’t that the hacker stole these millions; the users have no method of getting their money back, and no one, not even Sky Mavis, would be held thoroughly responsible for the unfortunate event. Given that the great majority of Axie’s community are people from developing nations who relied on gambling for a living, their money has vanished.

Although the game’s operator, Sky Mavis, has gathered 152 million dollars to compensate its players, this money originates from outside investors, and the stolen 600 million is unlikely to be recovered.

What is the Cause of NFTs Cooling?

The drop appears to result from several factors, including inflation, the war in Ukraine, and the Securities and Exchange Commission’s increased regulatory scrutiny of NFTs.

Many people, not just skeptics, have predicted the downfall of the NFT. Because of how adaptable and accessible NFTs are, even ardent digital art collectors have warned that a “cataclysmic market crash” might be on the horizon as the area gets oversaturated. While there are innumerable art enthusiasts, the number of minted artworks on NFT platforms grow astronomically. Today, everyone and their grandparents are digital artists looking to make a fortune from artwork.

Despite the present slowdown, that catastrophic transformation has not occurred. Since the start of the year, top NFT collections have performed better than Bitcoin and other cryptocurrencies.

What’s the point of NFTs?

Excitement and conjecture have been high, as they have been with every new and exotic investment possibility. It also doesn’t help matters that NFTs have infiltrated the worlds of music, entertainment, and sports. Reese Witherspoon, Stephen Curry, Snoop Dogg, and Eminem are just a few of the A-list celebrities who have lent their support to NFT projects.

However, where the money goes, bad actors follow, and no marketplace has ever been more hospitable and accommodating to criminal activity than this one. Given the fundamentals of scarcity, exclusivity, and sky-high price increases, it’s easy to see why. People are desperate to join in a lucrative initiative, and fraudsters take advantage of this desire.

A rug pull is the most popular scam right now. A rug pull occurs when the NFT project’s creators or developers gather funds from participants to start and mint a new collection. Many publicity and hype frequently follow them, but the developer never follows through on their claims. Instead, they abandon the project, grab the money, and flee, causing the NFTs’ value to plummet.

So far, the most high-profile fraud has been the Frosties rug pull, in which the company’s 8,888 NFTs lost nearly all of their value overnight. Users discovered that the project’s website, Discord channel, and Twitter account were gone and that the founders had withdrawn the cash. According to the Financial Post, rug pulls brought in $2.8 billion in crypto tokens in 2021, with no indications of stopping in 2022.

The Doodle Dragons rug pull is smaller, but it is still worth mentioning. Until the developer’s last-minute change of heart, this was an NFT project where all earnings were scheduled to be donated to the World Wildlife Fund, WWF, and other endangered species charities.

Policing the Bad Players in NFT

So far, there has been little done to police activities of fraudsters in the NFT marketplace. This issue touches on two fundamental characteristics of cryptography as a whole.

The first is that there is no supervision. Decentralization implies no police, no overarching authority figure, and no laws and regulations guiding the dos and don’ts. This isn’t to suggest that no crime goes unpunished, but in a world where technology is so far beyond regulators’ grasp and knowledge, you’ll have to make some pretty significant headlines to get noticed. The Financial Conduct Authority’s top executive has stated that victims of cryptocurrency scams should not expect the government to pay them after losing their funds. Out here, it’s the Wild West, complete with a Gold Rush to match.

The second point is that crypto is a two-tiered society. While some are idealists, such as Vitalik Buteren, one of Ethereum’s co-founders and a vocal proponent of a decentralized financial system, others fall into the category of Crypto Whales, people with enough cryptocurrency to manipulate the value of currencies through their transactions. And if they are the whales, newcomers who arrived in recent years are the krill. It should be noted that early bitcoin adopters have experienced unprecedented wealth growth over the last decade.

Vignesh Sundaresan, AKA MetaKovan, is a Y-combinator alum and the founder of the Metapurse NFT project, which describes itself as a “crypto-exclusive fund that specializes in identifying early-stage projects across Blockchain infrastructure, finance, art, unique collectibles, and virtual real estate,” is one of the NFT early adopters, and like other early adopters, MetaKovan has made a fortune from NFTs. But unlike early adopters, the everyday user sees NFTs as an opportunity, a means to a better life. Millions of people flock in everyday, hoping that their art gets noticed, but only line up the pockets of NFT exchanges who charge sizable mint and service fees for hosting users’ NFTs.

With supporters ranging from Tom Brady to Justin Bieber, the sale propelled NFTs into the mainstream, making them fashionable and — ostensibly — safe. These early adopters have enlarged and legitimized their company by bringing in the ordinary investor, while the newbies have been given to the wolves.

Like every commodity, the NFT market works in cycle. A market cycle typically has four phases, the accumulation phase, mark-up phase, distribution phase, and mark-down phase. The accumulation phase occurs when the early adopters invest in NFTs, buying and creating pieces in Blockchain networks for almost nothing. Today, the early investors are enjoying unnatural ROIs.

There is a possibility that the NFT market is in the distribution phase. Public interest in NFTs are still very high and the market seems to have people buying into the vision; however, if prices of NFTs have reached the peak, a downtrend is expected.

NFTs have the potential to be helpful for a variety of reasons once the industry matures. However, just because you spent a million dollars on a certificate stating that you are the owner of a pixelated cartoon monkey does not imply it will be worth two million dollars in a year! Many wealthy and powerful businesses invest heavily in making the metaverse a financially feasible reality. With time, NFTs’ greatest promise resides in their capacity to establish uniqueness inside these impending digital ecosystems.

Because of the astronomical price rises we’ve witnessed in the NFT world – which have surpassed those of Bitcoin and other major cryptocurrencies – it’s far from impossible that the market will undergo a correction. On the other hand, Corrections aren’t always a bad thing in the long run because eliminating some of the hot air suffocating the market means a stronger focus on the more rational and practical uses of this potentially transformational technology. 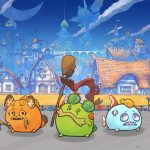 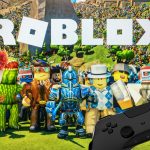