Matrix World is a decentralized open virtual world that allows users to interact with immersive 3D apps that operate on many blockchains simultaneously. The Matrix world comprises lands given as Non-Fungible Tokens (NFTs) on blockchain networks like Ethereum and Flow. As a result, Matrix Lands may be traded and transferred on blockchain networks while their owners maintain total control over the creations on their Lands.

These lands can be tied to a Matrix Network sandbox with its computation and storage capabilities. These tools enable landowners and creators to control the visual appearance, inner attributes, and lifecycle logic of the land’s creations, culminating in constructing an immersive 3D application that may run indefinitely in Matrix World cyberspace.

When discussing open-world games, it’s impossible to avoid mentioning Minecraft. Minecraft gives gamers the ability to create their 3D environment. It also exposes rich and sophisticated backend interfaces that let users create their own game or application within that world. It also brings the notion of Bring Your Own Device (BYOD) to the game. You may buy your computational resources, such as a Minecraft server, to operate your Minecraft-based mini-game as a developer.

The bulk of blockchain-based 3D open-world platforms are influenced in some manner by Minecraft, and numerous well-developed solutions have already been released. Some of these programs have emphasized gameplay and game development. In contrast, others have emphasized 3D social networking and asset showing (NFT). Still, others have provided a thin layer of 3D visualization while enabling users to add additional extensions to expand their ecosystems. No current blockchain-based open worlds, on the other hand, have proven the same amount of customization and user experience as Minecraft. To put it another way, none of the existing blockchain-based 3D open worlds has given a Turing complete universe capable of unlimited possibilities. Of course, a 3D environment made entirely of assets isn’t the same as a live Metaverse, but the latest innovation is sweeping the community.

The Matrix World technology makes it possible to maintain identities across many blockchains. The system now supports Ethereum and Flow as durable and consensus layers, but it may simply be modified to include other blockchains. Additionally, Matrix Objects may be linked to external smart contracts operating on several blockchain networks. Game developers and content producers, for example, may create a 3D Uniswap ATM by customizing its design and setting the action that calls Uniswap’s Ethereum swap function. Furthermore, they may include such an ATM in a virtual NBA Top Shot museum that contains a Flow-powered 3D video gallery.

Matrix World links easily to external services in addition to blockchain networks. We suggest combining NFT markets on several blockchains, such as OpenSea, MyNFT, and others, as well as storage protocols like IPFS and Arweave, and streaming platforms like Twitch and YouTube in the first instance. To do this, developers may use both programmable 3D objects and API endpoints to connect directly to the aforementioned services. The entire system is expandable, allowing for the constant addition of new services to improve the world. The multichain connection of Matrix World allows for the building of one-of-a-kind immersive social networks. By linking to multichain DApps and other resources, users may enter a world of limitless possibilities. Matrix World will improve multichain DApp compatibility and communication across several metaverses.

How the Metaverse Matrix World is Used

3D DApps that are truly immersive: Users will create immersive 3D apps using Matrix World’s development infrastructure and programming language. Creators may specify the forms of 3D objects, add materials and textures, create lighting, add transformation functions, add programmed and AI-based behaviors, make payments, call other services, and so on. The players may inspect elements such as textures in the 3D NFT buildings. They can conclude their purchase without using external links in the immersive marketplace, take the NFT home, and utilize an auto construction code pack to witness the NFT building auto-build on their Lands.

NFTs that are programmable: With Matrix World’s accessible functionalities, users may immediately import 2D photos, 3D models, films, audios, and other multimedia NFTs into the 3D world. Each imported NFT will be converted into a Matrix Object with its original look, such as a 2D image into a 3D picture with a frame. Furthermore, creators may program the loaded NFTs to make them more functional because all NFTs imported into Matrix World become Matrix Objects. Suppose the author is a game designer, for example. In that case, they may use Loot NFTs to build playable characters for a mini-game and then develop a mini-game employing these characters.

Cross-Chain Socializing and Trading: Matrix World is a metaverse that integrates several different blockchain networks and applications. It provides a gathering and meeting space for participants from various blockchain networks.

Cross-Chain Meetings & Conferences: Matrix Users having IDs from various blockchain networks can be authorized to attend meetings and conferences at public social facilities and buildings across the world. Cross-chain communications will be more productive than single-chain discussions.

Importing NFTs: Matrix World will provide users with simple tools for importing NFTs into the metaverse. Using these functionalities, users will immediately import 2D photos, 3D models, films, audios, and other multimedia NFTs into the 3D environment. In addition, all NFTs will be converted to Matrix Objects with their original looks; for example, a 2D image will be transformed into a 3D picture with a frame.

NFTs that are programmable: Creators may program the loaded NFTs to make them more functional since each NFT imported into Matrix World becomes a Matrix Object. Suppose the author is a game designer, for example. In that case, they may use Loot NFTs to build playable characters for a mini-game and then develop a mini-game employing these characters. On the other hand, if the creator is a programmer and an artist, they can use a dynamic animating filter to turn a static image into motion.

Editor for Objects and Scenes: The Matrix World developers plan to provide a set of tools that will allow anybody in the Matrix World to create 3D items. The first tool will be a cloud-based What You See Is What You Get (WYSIWYG) model editor, which will allow users to change the geometry, material, lighting, and shaders of a 3D model. Along with the model editor, a Scene editor is in the works, which will allow authors to import the multiple 3D items they’ve produced into a Scene or use other external resources directly to ramp up and enrich a Scene.

Users can create with Automation: The Matrix World developers are also working on an automated tool that will allow users to create Scenes using pre-defined blueprint templates, in addition to handcrafting models from scratch. In addition, builders may sell their blueprints on Matrix World’s marketplace to help other players construct faster while also profiting their labor.

There are three layers to the Matrix system: frontend, backend, and external services. 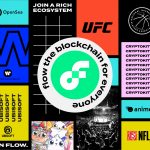 The Land Opportunities in the Decentraland Metaverse 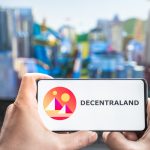