Flow is a blockchain built for large-scale scalability, allowing for rapid and low-cost transactions in dapps like NFT markets and crypto-infused video games. The Flow blockchain is a fast, decentralized, and developer-friendly blockchain that will serve as the foundation for a new generation of games, applications, and digital assets. It’s built on a multi-role architecture that scales without sharding, allowing for enormous performance and throughput gains while maintaining an ACID-compliant, developer-friendly environment. Dapper Labs created Flow to address its blockchain congestion problem by creating a blockchain that is optimized for games and other interactive activities. Flow is now used by Dapper for all of its projects, including NBA Top Shot, but it’s also available to other developers.

Developers may use Flow to create successful crypto and crypto-enabled enterprises. Applications built on Flow can maintain people in control of their data, develop new types of digital assets that can be traded on open marketplaces from anywhere in the globe, and establish open economies that are controlled by the users. Smart contracts on Flow can be put together like Lego pieces to power apps that serve billions of people, from basketball fanatics to mission-critical corporations.

The Flow coin (“FLOW”) is the Flow network’s native currency and the foundation for a new, open, and transnational digital economy. Flow token is the fuel that fuels the network if Flow is the digital infrastructure. Flow is the money that allows the network and all of its apps to function. Flow is intended to act as both a payment mechanism and a long-term reserve asset for the Flow economy as a whole. Validators, developers, and consumers utilize the token to participate in the Flow network and get incentives. It’s also utilized to pay fees and participate in protocol governance in the future.

The majority of ideas try to increase blockchain scalability by fragmenting them into interconnected networks, generally referred to as shards, however, sidechains have similar challenges. Serializability (“ACID”) guarantees, which are prevalent in database systems, are removed using these methods. Building an app that needs to access data across fragments becomes far more complex and error-prone when ACID guarantees are lost. Due to latency difficulties and greater transaction failure rates, interactions between smart contracts become extremely intricate, and even individual large-scale apps would have to resort to sophisticated mechanisms to scale across shards. The combination severely restricts the types of programs and network effects that may be run on the network. Instead of fixing the problem at the protocol level, sharding essentially transfers the most difficult portion of scaling the blockchain to application developers.

On a sharded blockchain, a basic user operation can take twelve transactions and seven blocks. The identical activity, and much more complicated than it, may be done by one atomic transaction in a single block in an unsharded, ACID-compliant environment like Flow.

Worse than the added time and expense is the increased attack surface and complexity: designing, testing, and hardening smart contract code on a sharded blockchain will be far more difficult.

The Environment of Flow Blockchain

Flow employs a proof-of-stake consensus process, which requires validators to stake a specific quantity of FLOW tokens to join the network. However, Flow divides validation duties into four distinct types of nodes: consensus, verification, execution, and collection, making it unique among blockchains. Each transaction is validated by each of the four-node types. According to Dapper, breaking out the duties makes transaction processing more efficient than on competing blockchains. It’s an alternative to sharding, which distributes a blockchain’s storage and processing demands over several nodes. Flow does not employ sharding and Dapper claims that this lets developers build on each other’s work by keeping transactions atomic, consistent, isolated, and durable ACID. Upgradeable smart contracts are also available in Flow, allowing smart contracts to be published in beta, then improved or repaired before being completed and made immutable.

The Flow blockchain is designed for the type of collecting and interactive crypto experiences that are rapidly gaining popularity and might attract much bigger audiences in the future. NBA Top Shot has already proven that a blockchain-based collectibles experience can produce large quantities of money and get widespread interest. That is just one of the numerous experiences developed on top of Flow.

Flow is dedicated to creating an open environment in which software developers, content providers, and users are all suitably compensated and rewarded for the value they add to the network. The community outreach and efforts toward governance are as, if not more, vital than our technological design in ensuring diversity and participation at the protocol level.

Validator node operators that support the network on Flow get a proportional share of the transaction fees that travel through the system based on the work they accomplish and their investment. Validators on Flow, unlike miners or validators on other blockchains, may start as Consensus or Verification Nodes with relatively little hardware, guaranteeing broad, egalitarian participation and decentralization. The network will give additional benefits to node operators proportional to their efforts and related equity in the early years of the network when fees are minimal.

The most crucial long-term predictor of a blockchain’s success is a strong and dynamic ecosystem. It is a must for Flow to interact with a wide and diversified group of stakeholders. Most significantly, this comprises developers and ecosystem partners that choose to build on top of the network, in addition to the investment base.

The Flow developers are taking additional measures to promote a healthy ecosystem, in addition to a technical design designed for developer experience and performance.

How the Flow Blockchain Works with a First Time User

As a user, you may now engage with the Flow blockchain through NBA Top Shot or by purchasing artwork from the VIV3 NFT store, as well as other blockchain-based apps. Developers may begin experimenting with Flow and constructing their dapps utilizing the numerous built-in capabilities.

Where the Flow Blockchain is Sold

Flow’s native FLOW coin was first made accessible to the public through CoinList in October 2020, although it was only available in the United States and Canada. Tokens purchased through the offering were locked for at least a year, meaning they couldn’t be traded until they were unlocked.

FLOW incentives provided to validators, on the other hand, can be transferred and sold, therefore there is some FLOW on the market, and certain exchanges, like Kraken and Huobi, allow users to trade FLOW. FLOW is presently not supported by major exchanges like Binance and Coinbase.

What Distinguishes Flow from the other Coins?

The Flow blockchain learns from previous solutions and improves on them. Flow provides:

The Developers of Flow Blockchain

The Flow blockchain, as well as Cryptokitties, Dapper, and NBA Top Shot were all created by Dapper Labs. Dapper Labs was founded in 2018 to bring new types of digital engagement to users all around the world. Blockchain-enabled apps can connect fans closer to the companies they love, offer individuals a meaningful stake in the communities they help to build, and provide customers new options to become creators. The NBA and NBPA, Warner Music Group, and the UFC are among the Dapper Labs partners who have been publicly disclosed. Andreessen Horowitz, Union Square Ventures, Venrock, Google Ventures, Samsung, and the creators of Dreamworks, Reddit, Coinbase, Zynga, and AngelList are among the notable investors in Dapper Labs.

David H., (Jan 15, 2022), Investing in Flow- Everything you need to knowRetrieved from: https://www.securities.io/investing-in-flow-everything-you-need-to-know/ 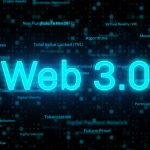 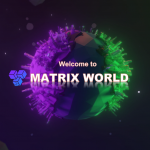